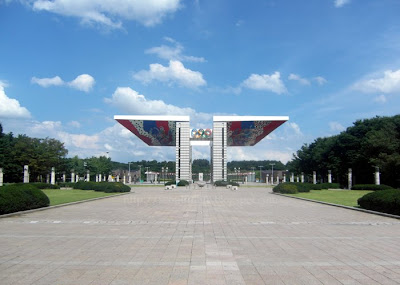 There are tons of places in Seoul that I've never been to. It's just that you rarely get to play tourist in your hometown; landmarks are sometimes too familiar that they blend into the background, and unless there's a special occasion or event that brings you there, you don't find particular reason to venture outside of your regular stomping grounds.

I think I went to Olympic Park during the '88 Olympics or in the early '90s, can't remember which. Anyhow, it had been well over a decade so I decided to take some photos this time. It was amazing how little I remembered about the place - the area had been developed far more than I had thought. Didn't have time to venture throughout the whole park, the following is just a teeny section.

The easiest way to get to the park is by metro. A big happy sky greets you when you walk out of Mongchontoseong station (Line 8). 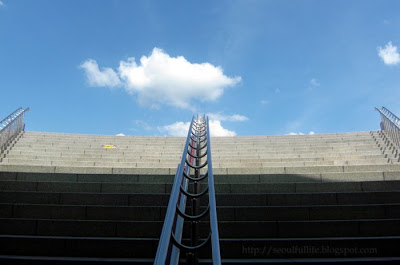 Multicolor mosaic-decorated World Peace Gate greets you as you walk in. 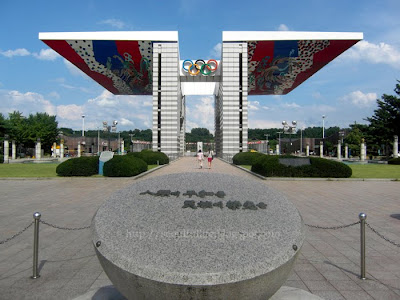 The park's entry is lined with interesting streetlights. 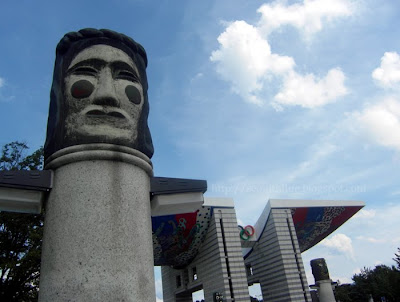 Took a stroll around the central area:
The "hourglass" sculpture surrounded by flags. (Can't help thinking of it that way, despite my learning of its proper name.) 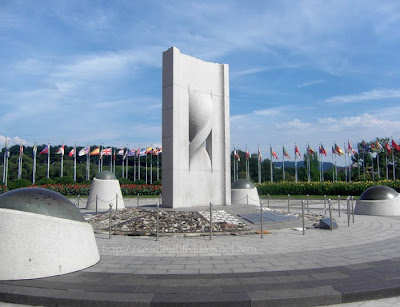 Closeup of the basin of the sculpture. Many countries participated in the effort. 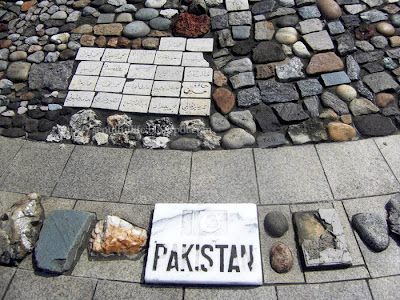 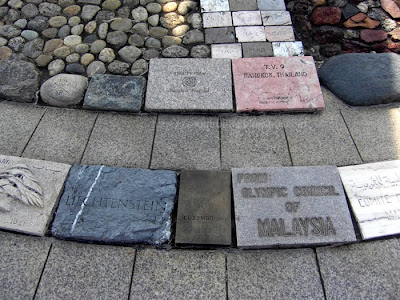 Steps lead down to another area in the back from the flags, where an artificial pond awaits. It was rather large; "dancing water" fountain shows take place there. 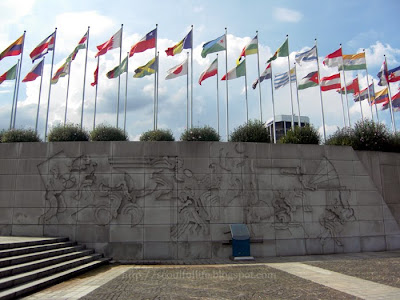 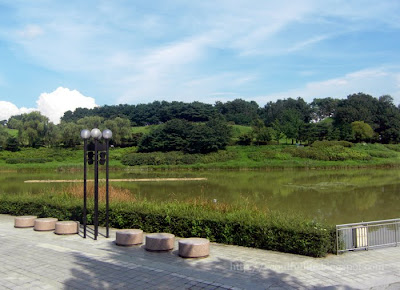 Very few benches and places to sit in the central area that weren't being bathed in sunlight. Very little shade. However, a quick walk to the other side proved that there was plenty of shade to be had. Playground: 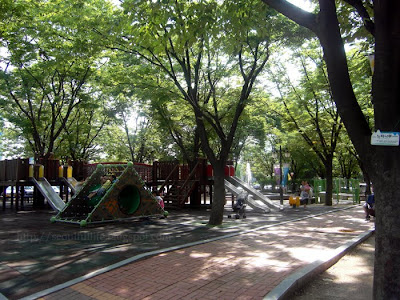 Information pamphlets available at a guard's booth. The brown paper bag is a doggy litter bag. It is illegal not to clean up after your dog; you get a hefty fine if you don't. 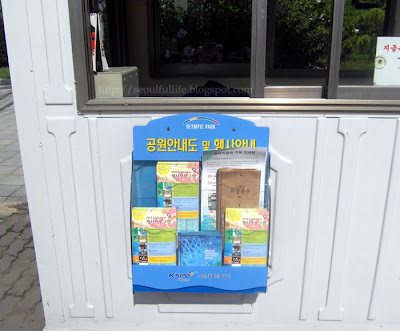 The 'be aware of safety' sign that I mentioned in the clip? It's because the central plaza is popular for rollerbladers and cyclists. There are arrow signs placed here and there showing the circling direction.
A hardcore rollerblading family was there. The daughter was exhausted, the mom had to keep on pushing her and matching her pace, but the dad and son were whizzing around like mad. Watching them stressed me out, because it looked more like training and not a simple pasttime. Koreans take their hobbies so darn seriously. 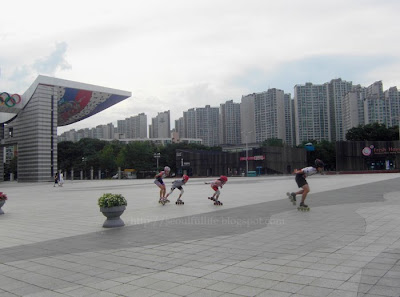 Email ThisBlogThis!Share to TwitterShare to FacebookShare to Pinterest
Labels: park

Wonderful pages here. I have spent much time in Korea and in Seoul. I love the glimpses you offer.

seoulsuzy
With the exception of several years of my early childhood in the States and a stint in Paris in my twenties, Seoul has been my heart and home. This city won't quit me.

(c)2008-2013 All rights reserved
Please do not take content from this blog without permission. Thank you.
On hiatus from 2013.